What is Metatarsus Primus Varus?

Metatarsus primus varus is one of the foot deformities where the first metatarsal bone which connects to the proximal phalanx bone of the big toe, is rotated and angled away from the second metatarsal bone.

The rotation of the first metatarsal bone causes the head of the bone to push outward, creating a bump on the side of the foot.

Metatarsus primus varus is a condition that is relevant to the condition hallux valgus or hallux abducto valgus, which affects the big toe and is associated with what is commonly known as a bunion.

A bunion is the painful swelling of the first joint of the big toe, the metatarsophalangeal joint.

When pressure is applied to the angled first metatarsal in a foot with Metatarsus Adductus, forcing the big toe inward – even to the point of an angular position above or below the adjacent toe – swelling, tenderness, skin irritation, blisters, and pain can result.

Differing from the other toes, the metatarsophalangeal joint of the great toe contains two plantar sesamoids.

The plantar surface of the first metatarsal is grooved to articulate with each sesamoid and is separated by a small ridge of bone (crista) and by a fibrous groove that complements this ridge of the metatarsal head.

There is a misconception that a bunion is an enlargement of the bone, but this is not usually the case.

It is the case that an inflamed bursal sac may develop, however, in rare cases, there can be a bone anomaly in the metatarsophalangeal joint that contributes to the issue.

Metatarsus primus varus is most often observed in populations where shoes are regularly worn.

Bunion symptoms occur most often in people who wear shoes with a tight or pointed toe box, such as with high heels.

Women are affected more often than men, and for these reasons, shoes are often considered a contributor to Metatarsus Adductus, Pigeon Toed, hallux valgus, and bunions. However, genetics are also considered as a possible cause.

Problems related to metatarsus primus varus and bunions develop over time and do not generally get better without treatment.

In the initial treatment of bunions, the aim is to address the pain and swelling related to it.

They do not, however, correct the metatarsus primus varus or hallux valgus problems.

Non-operative management of metatarsus varus or hallux valgus deformity will not produce deformity correction but can relieve its symptoms.

Non-surgical care should especially be considered in patients with general hypermobility, ligamentous laxity, or neuromuscular disorders because of the high recurrence rate, and of course in the presence of absolute contraindications to surgical correction like a relevant peripheral arterial vessel disease, or relative contraindications like diabetes or smoking A non-symptomatic mild hallux valgus should be checked periodically, both clinically and radiologically to evaluate the progression of the deformity.

Non-operative treatment includes footwear modification such as accommodating shoes with a wide toe-box, padding over the medial eminence, and adjustments to the shoe, night splints, or physical therapy and insoles.

A study reported on the use of botulinum toxin type A in hallux valgus deformity with reduction of pain for up to six months, as well as improved HVA and disability scores.

Initial treatments can include-

Changing shoes: Because bunions are aggravated by shoes and shoes are considered a contributor to the underlying deformities, changing to a shoe with a wider toe box and avoiding high heels and other pointed-toe shoes can help relieve the problem.

Padding: Bunion pain can be eased with padding, which can be found in retail stores or received from physicians.

Adjusting activities: Avoid standing for long periods and other activities that cause bunion pain.
Medication: Anti-inflammatory medications, such as ibuprofen, can help reduce the pain and swelling of a bunion.

Orthotics: A doctor may suggest custom orthotics to help with bunions.

Procedures can include the removal of some of the bone that produces the bump in a bunion, adjusting the bone structure of the foot contributing to the condition, and addressing any changes to tissues in the area that may have been affected.

More than 100 different operative techniques have been described for the correction of metatarsus primus varus.

Overall, the appearance and the degree of the deformity determine surgical treatment strategies.

Depending on the degree of the deformity, potential degenerative changes of the first MTP joint, size, and the shape of the metatarsal and the joint congruency, a suitable technique is chosen.

Clinical studies in the past have usually focused on clinical outcomes and the physician’s perception of a patient’s outcome.

Some studies have attempted to more rigorously assess the functional outcome of various surgical interventions for metatarsus primus varus and hallux valgus.

In a properly designed outcome study, patients are assessed prospectively 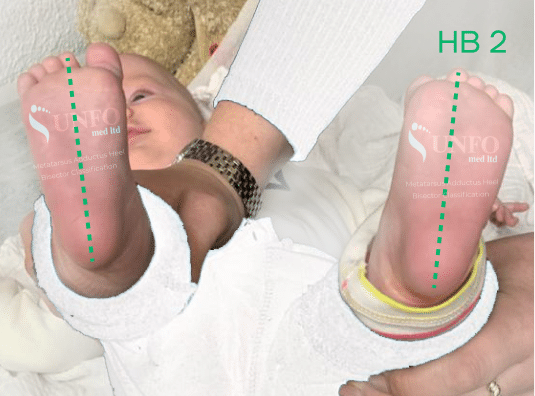 with a preoperative evaluation assessing both clinical and functional issues followed by measurement of the outcome at standardized postoperative intervals (active follow-up).

We know of only one recent study that has prospectively compared the outcome of a large group of patients at six and twelve months after hallux valgus surgery.

Retrospective studies are hampered by a patient’s recollection of his or her preoperative status when the question is asked following surgery.

Although not as accurate as the collection of preoperative data for a given population, a retrospective study could potentially have stronger conclusions if the postoperative data were compared with a normative database for a given condition.

Normative data regarding metatarsus primus varus and related conditions for the general population have been reported for the Short Form-36 (SF-36) general health status instrument.

Likewise, outcome instruments developed by the American Academy of Orthopaedic Surgeons (AAOS) have provided normative data for the general population (8)